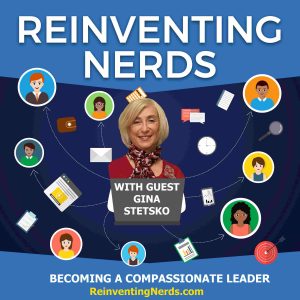 Q: How did you get into pharmaceutical development?

“As a child, believe it or not, I used to read encyclopedias. Luckily, they were scientific Encyclopedias.  I chose Pharmacy because I was interested in how you could swallow a drug and then it would affect your headache or something else in your body.  I no idea!  As a child, you want to know those answers.”

“I stuck to it and became a pharmacist and I got my license and decided that I could do more, and my boss told me, ‘Go back to school.  You can do more than this.’ So, I got my PhD in pharmaceutical development and I’ve spent the last 36 years working on developing products and manufacturing products.  I’m taking the drug from the bench in science all the way to the marketplace.  There’s a lot of engineering and a lot of pharmacokinetics. There’s a lot of math and science and things like that along the way.  So, I guess I just really liked it and I stuck with it.”

Q: How did you develop your interest in leading people?

“I started to gravitate towards smaller companies. I started in large companies and inside these companies we developed the products what’s called ‘virtually’ so you don’t have the full staff within your own company.  You have to go outside and hire people at different companies around the world to do the do your work and one of the things that that taught me was how to deal with different people in different cultures–not only company cultures, but country cultures.  I think that that was one of the things I enjoyed the most–not in the beginning because it was hard, but eventually.”

“I was always curious and interested to meet people and see how they think.  I think, with what’s happened over the years, is that I enjoy the science less and I enjoy the people more.  That was not on purpose.  It just kind of happened and now I really enjoy the people and developing the people.  As a matter of fact, there are four people that I mentored at different companies that own their own companies now.  And, to me, that’s the biggest achievement of my career versus the products, because these people figured out a way to understand themselves better and to be effective in an enterprise like that.”

Q: How did you get to the point where you were loving developing people?

“Well let me just tell you that, at the beginning, I actually thought: ‘I am going into research so I don’t have to deal with people like I did in the pharmacy.’ Little did I know, my first job out of graduate school, I got put on all sorts of international work workshops and workforces and things like that so I was flying to different countries and I was having to deal with people.  So, it kind of forced me.  It was a survival thing that kicked in. I realized, well, this is what I’m going to have to learn to do.  I think that life is not perfect and you make mistakes in each place and you learn things that you bring to the next place.  And so over time, I guess over 36 years, it was just one event after another.  You just you build this toolbox and that’s really, in a way, what happened over the years.  You have different challenges in different countries in different situations and you just adapt.”

Q: How did you move from an intellectual style of leadership to a compassionate one?

“I used to think that if I was smarter, I was better.  And so you’re always looking to be the smartest one in the room, right? I reached a point where that irritates people.  It really does!  It’s like, okay, so you know you’ve got to not be the smartest person.  Then I realized that, to get people that work for me to be more effective, they really needed to feel that I heard them. So, instead of coming in my office for me to solve their problem like I was when I was younger (I had all the answers, right?), it’s drawing it out of people and avoiding giving the answer, and saying, “I don’t know.”  Let’s work on that together.” Or, “What do you think?”  The more I did that, it made my job easier. I didn’t have to be the smartest person anymore because the pressure was off me.  The pressure was on those people because I was forcing them to dig deep and think about what they wanted.”

“Then, over time, I think I built a style that made it feel safe for them to speak what was inside.  And then I really liked that!  Something clicked in me: I really like to understand. Even in my private life I do that with people.  ‘Tell me more about that…’  ‘Why did you feel that way?’  Or, ‘I’m just curious…’  I’ve just become a very curious person.  It’s really a shift from trying to be the smartest person to being just truly interested in other people.  That’s the compassion part.  I think people don’t normally get that.”

“Everybody has their own life and they put their vision of reality together differently.”

“Don’t go to meetings.  Let them work it out on their own.”