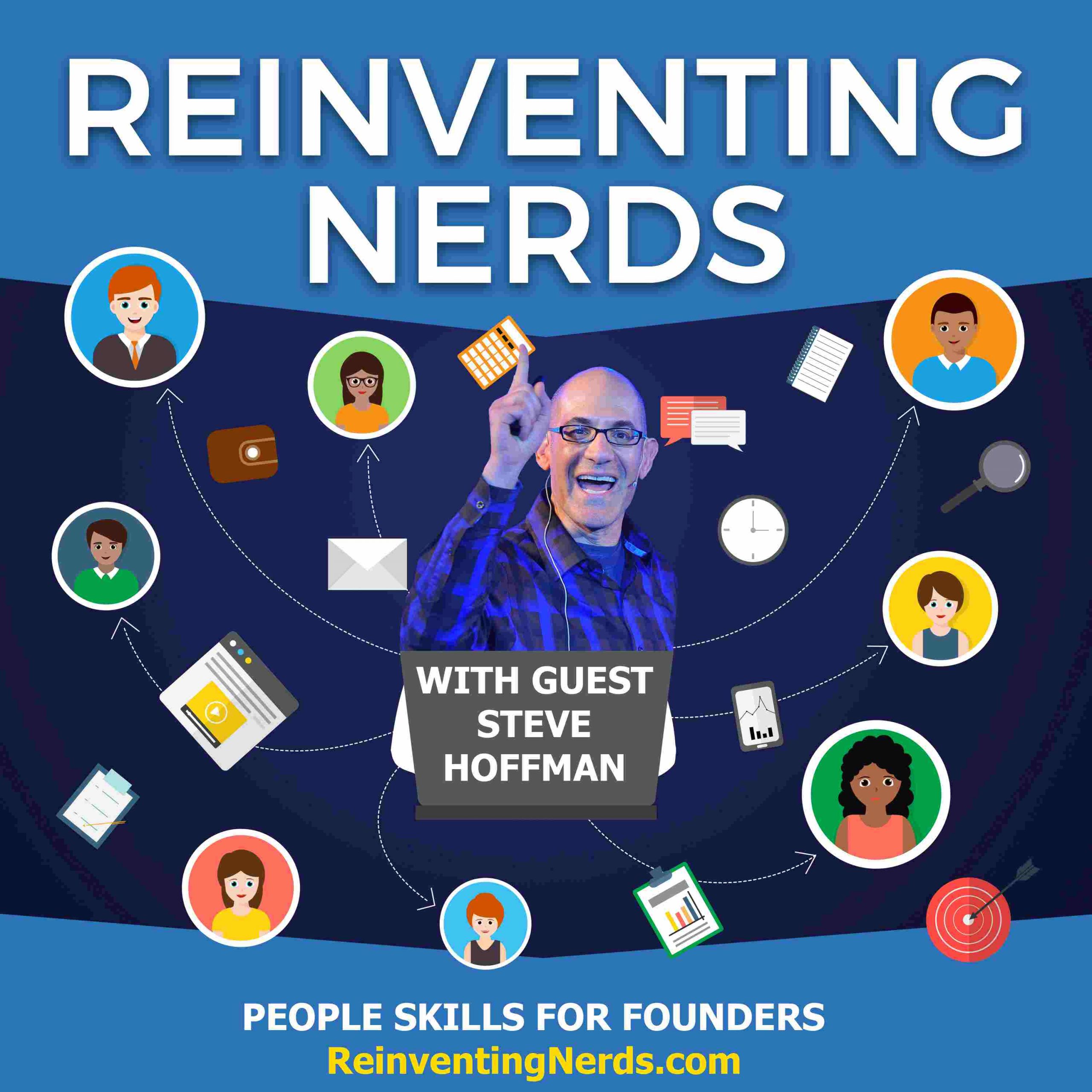 Joanie has a conversation with Steve Hoffman, CEO of Founders Space, one of the world’s leading startup accelerators. Steve has trained hundreds of startup founders and corporate executives in the art of innovation and provided consulting to many of the world’s largest corporations, including Qualcomm, Huawei, Bosch, Intel, Disney, Warner Brothers, NBC, Gulf Oil, Siemens, and Viacom. Steve is also a venture investor, serial entrepreneur, and author of several award-winning books, including “Surviving a Startup” published by HarperCollins. Steve has also worked in the television and gaming industries and has some great tips and stories to share.

Q: Steve, you’re known as Captain Hoff in the gaming world. Tell us about your work in the television and gaming industries, as well as what games you play.

Steve is known in Silicon Valley as Captain Hoff because he’s a game player and designer.  He started out playing Dungeons and Dragons, RuneQuest, and almost any board game you can think of, as well as video games of all kinds.  He worked for Sega on Sonic the Hedgehog, and eventually started a company and created the award-winning strategy game, Gazillionaire, and many other games that are still available on Steam.

Q: What skills did you have learned along the way to expand your ability from developing to lead teams and companies?  How did you learn to manage people?

Steve learned the hard way.  He was an introvert and extremely shy.  Even though Steve comes across as an extrovert now, he said it was all trained.  He said he started out being really bad at presenting, interviewing, making sales pitches, and so on, but just did it.  He said the way he learned was to notice every time what worked and what didn’t and never do the same thing twice.

He learned how to go from telling people what to do to asking them what they think they should do, what problems they are facing, and what they need.

Listen to the podcast to hear how Steve came to start Founders Space, what some of the most common challenges he see tech startup founders running into, and what kinds of barriers technical founders create for themselves.

Steve’s book called Surviving a Startup: Practical Strategies for Starting a Business, Overcoming Obstacles, and Coming Out on Top.

The only way to meet a challenge is head on.

Don’t sell people on what you’re doing; figure out what they want.

You cannot motivate people by standing over their shoulders and nitpicking them.

Get people on board by asking them what they should be doing.

Instead of convincing yourself that you’re the best, ask yourself “how can I be better?” 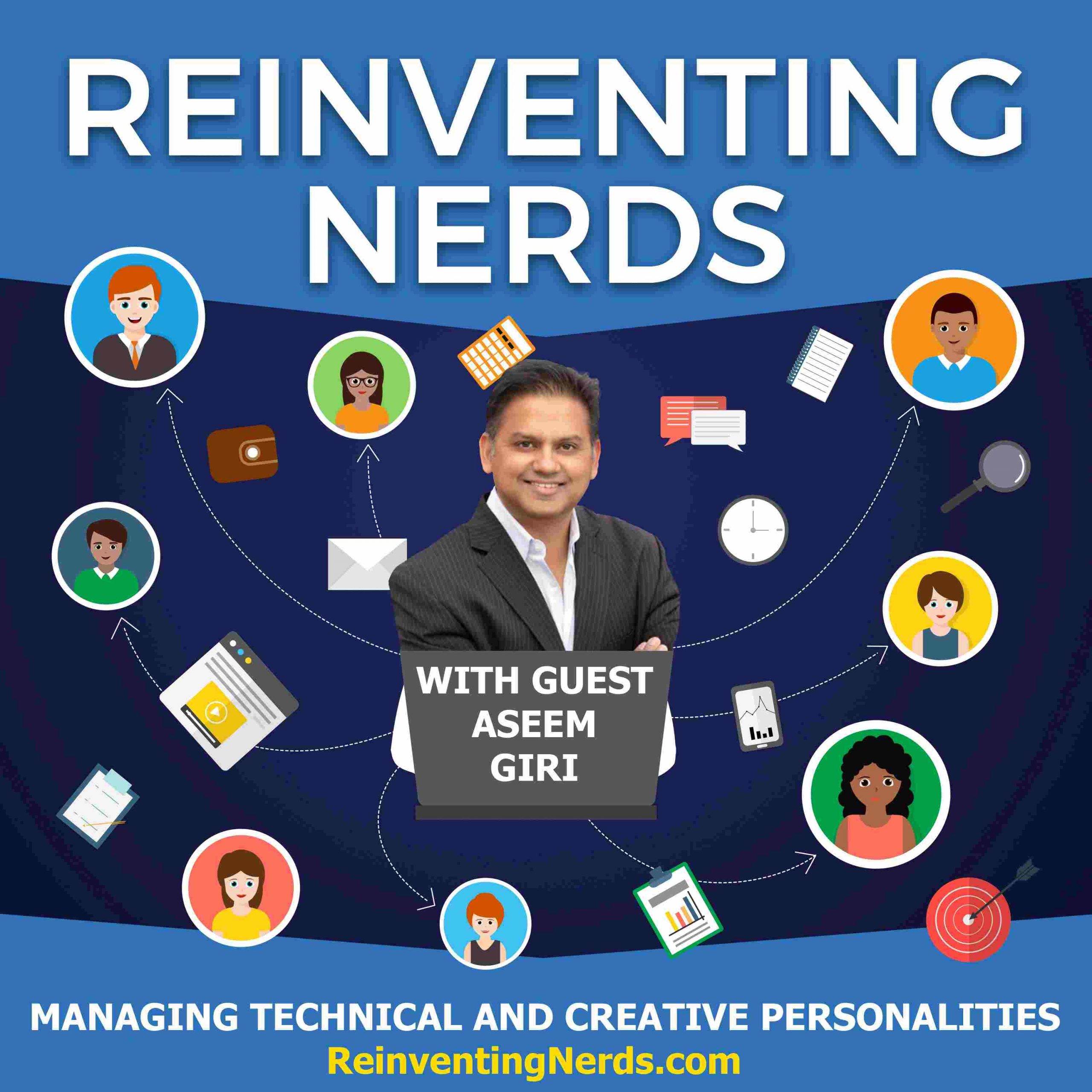 Joanie has a conversation with Aseem Giri.  Aseem has over twenty years of experience as an entrepreneur, private equity investor, and investment banker. He is also fond of art, serving as an Art Advisor and/or Finance Advisor to art-related businesses, and he hosts his own podcast, called ACHiEVE, where he interviews people about life-changing events.  Aseem has a lot of experience working with both creative and technical leaders and shares his insights in this episode.

Q: Tell us about your background.

“I was born in Germany to parents of Indian origin.  We migrated to the States when I was young and we lived within a 90-minute drive of New York.  I went to college in Philadelphia and followed a fairly traditional path in terms of finance.  I did a 2-year analyst program at a Wall Street firm called Salomon Brothers. That was in the mid-90s.  It doesn’t exist today.  It got gobbled up by Citibank.  From there, I made it a career objective to go into private equity.”

“Life threw me a curveball.  My son—who is now 12—when he was 2 ½, was diagnosed with a rare blood disease called severe aplastic anemia.  I made the clearest decision I’ve ever made in my life.  I dropped everything I was doing and I focused on him.  My son is cured now, thankfully.”

“At the same time, I lost my mother to leukemia.  Those two things had a profound impact on my and I didn’t want to go back.  I became an entrepreneur, a serial entrepreneur.  I have founded and sold three different health and wellness businesses.  I also do have a passion for art and I became an active collector and became involved with an organization in the art space.”

Q: What kinds of challenges do you see in the different spaces of technical, wellness, and creative?

“I often find that the wellspring of ideas come from the ‘creatives.’  I include engineers in that category—technical people who have a solution to a problem.  What I have found in interacting with them in the role of the business guy setting the deadlines and such, is that you have to give a lot of roaming space to creatives.  Be liberal with the deadlines and sometimes give them false deadlines and use them as an opportunity to check in.”  He relates this to products ranging from yoga mats to thermal printing.

Aseem answers a number of questions, including: What does the CEO look like who you evaluate as having to replace when you invest in a company?  What kinds of challenges have you faced with engineers?  Why does it matter who gets the credit for solutions?

He also reveals his latest innovation, a virtual reality based meditative experience that is comprised of sound-based and visual-based stimulation.  It is a “bio hack” that lowers cortisol levels and emotional regulation without the spiritual aspect.

Technical people are artists.  If you try to corral them too much, you’re not going to get the best work out of them.

You don’t want your engineers to worry about cost.  You just want them to come up with the best solution possible.

I’m never intimidated by competition because I feel we’re going to find a niche that’s ours.

If you’re the founder, it can feel like the company is the alter ego of you.