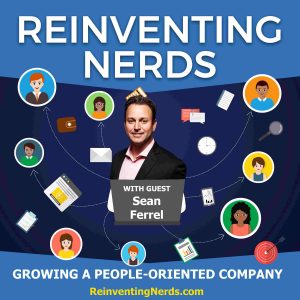 Sean Ferrel founded Managed Solution in 2002.  They provide consultative IT services for small-to-medium and enterprise clients. Sean tells his story of literally growing the company from his living room to a flourishing downtown San Diego enterprise. Hint: it starts with, “I was going to be a lawyer…” Within 3 years, the company was recognized as one of San Diego’s 40 fastest growing companies, awarded one of the 40 companies with owners under 40 years old and recognized as the 27th fastest growing IT company in Southern California. His secret sauce? Keeping it people first.

Q: How did you come to found Managed Solution?

“When I got out of school, I realized what I loved was people.  If I applied my people skills, I could take into any business, but what did I do in college?  I really got into the tech thing.  Tech was really interesting at that time, around 2002, and I started Managed Solution.  To be honest, I hadn’t done anything else.  We started with the idea of let’s find great people.  I was looking for three things: (1) soft skills, (2) accountability, and (3) technical skills.  And we started hiring.  I printed business cards in my dorm room.  I hired my best friends, who lived on my couch, and family members.  Then we realized we had to get serious.”

Q: How did you decide you needed to get the people skills in early on as a priority?

“I’ve always believed if you do the right thing in life, the money will come.  That means acting with integrity, being accountable, and teamwork.  Whether it’s in sales or in engineering, we want everyone to find themselves accountable to customers.”

“We follow the concept of RACI—responsible, accountable, contributor, integrator.  It’s a term we use in business to say, who’s accountable for this customer we’re dealing with?  Or who’s a contributor for a project for this customer?  You find the person who is responsible for the customer receives the credit and that makes them happier.  That’s what gets them driven to do better in our business.”

Q: How do you find people who have these skills?

“The first thing we do is look internally.  We look at recruiting like sales.  We need to attract good people.  Most of our people come from recommendations from people we know.”

Q: What do you do to train people?

“There’s a lot of burnout for engineers, if you’re doing the same thing for a long time.  We give them a lot of opportunities to train, to earn different certs and vary what they do.”

Listen to the episode to learn more about what Sean does to develop his people and himself to be and even stronger leader.

“Our success is driven by our people.”

“In so many ways, running a business is like running a family.  You have to nurture, grow, and enable people to do great things.”

“Employees get better on the tech stuff because they feel empowered.”

“When people feel you’re going to take care of them when in need, that’s the best gift ever and that’s what creates culture.”

Or stop by anytime! 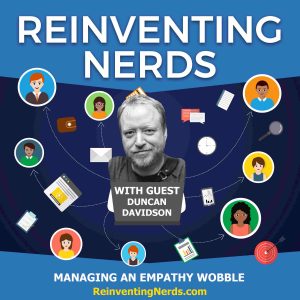